Showing 1 to 3 out of total 3 properties in Gangtok Mystic BHUMZANG HOTEL & RESTOBAR is the newest addition in the Kitty of The Mystic Hotels located in Gangtok the capital of Sikkim and cleanest Hill station of India. We have 15 Deluxe room 09 Executi... Himshikha residency is a deluxe property in Gangtok.They have total 11 deluxe rooms with western toilet and geyser.Its run by Mr.Joy pal and his team.... Zimchung Homestay is a small and family homestay run by Tashi Chormu and it has got 2 rooms with attached toilet with geyser. If you want to enjoy the natural beauty in Gangtok you should choose this ...

Showing 1 to 3 out of total 3 properties in Gangtok 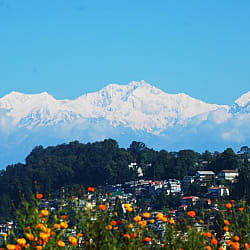 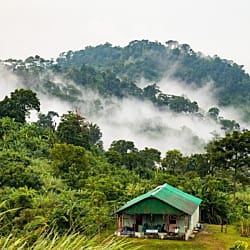 We have enlisted some Homestays in Gangtok in Sikkim. You can find actual owner’s name & contact number here. So, you can book the home stay as per your choice and budget directly with contacting the host & without any middle man.

Gangtok is the capital city and the most crowded city of north - east Indian Himalayan state Sikkim. Gangtok is one of the most popular, beautiful and clean cities in India. Mt. Khanchenndzonga, the third highest peak in the World, is visible from Gangtok city on any clear day. Being situated at an altitude of 5410 feet from sea level a soothing weather you can embrace in this city from March to November.

How to reach Gangtok

Nearest Airport : Bagdogra Airport is the nearest airport to Gangtok. The distance from Bagdogra to Gangtok is about 123 kilometres by road and takes more or less 4 and half hours to reach.

Actually Pakyong Airport is the nearest to Gangtok, but it is not accessible from all the cities.

Nearest Railway Station : NJP or New Jalpaiguri Railway Station is the nearest railway station to Gangtok. From NJP to Gnagtok it is about 118 kilometres by driving and takes more or less 4 and half hours to reach.

What to see in Gangtok / Places to visit near Gangtok

2) Ganesh Tok : Ganesh Tok is a Hindu Temple, dedicated to the Hindu god Lord Ganesha. Being situated on a hill top, this temple offers a magnificent valley view from here.

3) Hanuman Tok : Hanuman Tok is a Hindu Temple, dedicated to the Hindu monkey god Lord Hanuman. It is a neat and clean temple with mesmerizing view.

8) Gangtok Roapway : This is an adventurous ride basically for fun loving people.

9) Tsomgo Lake : Tsomgo Lake, popularly known as Chhangu lake, is a natural lake, situated about 40 kilometers from Gangtok city. This lake is one of the most admired lake, fed by glacier. Tsomgo lake trip is basically a one day trip from Gangtok city along with New Baba Mandir.

10) Baba mandir : Baba Mandir is actually a memorial for Harbhajan Singh, an ex Indian army, who had a great contribution in 1972 Indo Chinese war. It is about 54 kilometers from Gangtok can be covered within same sightseeing day of Tsomgo lake.

Where to stay in Gangtok / Accommodation in Gangtok

Being one of the most popular and crowded destinations in Sikkim, large number of hotels, resorts, homestays are there in Gangtok to accommodate travelers.